Ever thought about entering a kite race? We heard there was going to be a hydrofoil competition in Cancun, and this would be a great chance to try. We thought the foil racing would be a couple of circuits around a few buoys, however it was 3 full days of racing, at the Copa Circuito Aaron Saenz, a National Sailing event. There was also a freestyle competition! The first day was a downwinder race, mixed category, men and women…7km downwind from the Grand Palladium hotel towards ‘la Punta’ of Isla Blanca, where the twintip race finished, however the foilers had to return upwind too. Anna set off like a missile, and managed to get 2nd place in the downwind twintip! Jonny was neck and neck for 2nd place in the foilers, just beating Max on his windfoil!

The foilers then had another race in the afternoon, around a triangle course with buoys. This was a totally new experience for all of us, since none of us had ever done a race before! Getting the start line timing right, passing the buoys the correct way round, trying to get the best lay lines, and most of all trying to spot the buoy where you need to turn…. all new things to consider! I’d been totally overpowered with my 9m XR6 in the previous race, so I decided to downsize to my 7m Nexus. This meant Jonny was free to ‘borrow’ my 9m! Danny managed to capture an incredible finish between Max and Jonny vying for second place...

We also had a world class foiler in our midst, Xantos Villegas, showing us how it should be done. It was super impressive to see the efficiency, speed and fluidity of his racing. Admittedly Xantos did lap me, but at such speed and grace that I couldn’t help but cheer him on!

The next day we had more foil races, with an upwind/downwind buoy marker. The wind was strong, and started building throughout the morning. For me the upwind part was easier, whereas going downwind fast resulted in some heavy crashes, but we all made it round. The afternoon was deemed too offshore wind for the freestyle to go ahead, so Jonny tested out the 4m Ghost kite, and was heading towards Isla Mujeres (7km away) when the forecasted el Norte came with strong winds and rain. Jonny swiftly returned, but with a huge grin on his face! The final day was lighter wind, but a great direction for the freestyle competition. We started with a few nerves… but the judges were very helpful and friendly, making it an easy format as a style/overall impression competition, rather than pure freestyle. The judges did their best to get through as many rounds as possible with the decreasing winds, and enough to make a call for the winners. I was super happy to hear I’d managed enough old school tricks (double back roll, darkslide) to win the ladies freestyle! Anna also won her heat, and was second. In the men’s competition it was looking difficult to tell, with some guys trying to land handlepasses, whereas Arturo was getting some great board offs/spins, and in the end he was placed third! 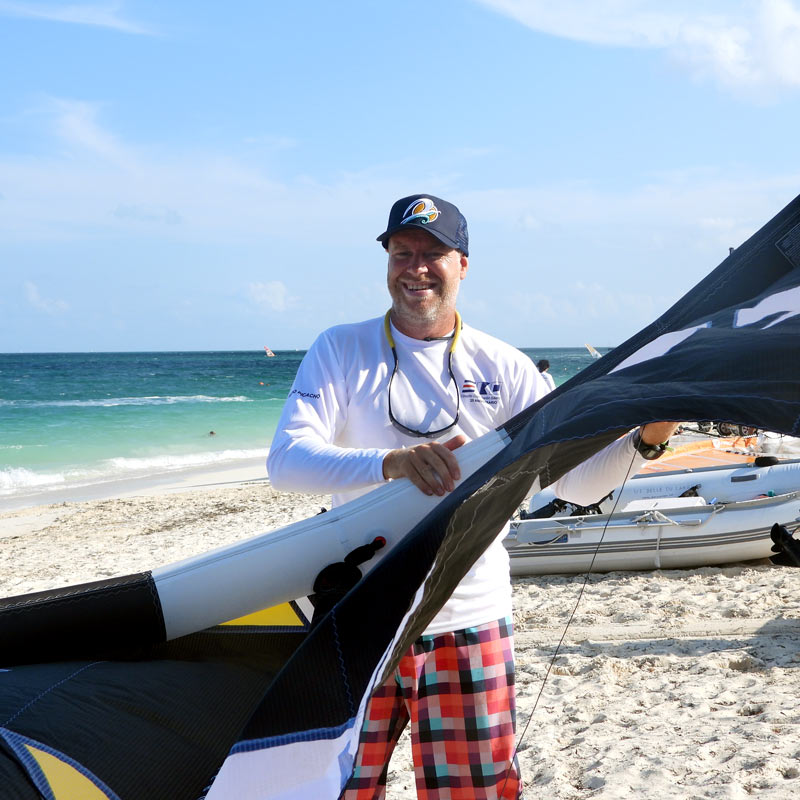 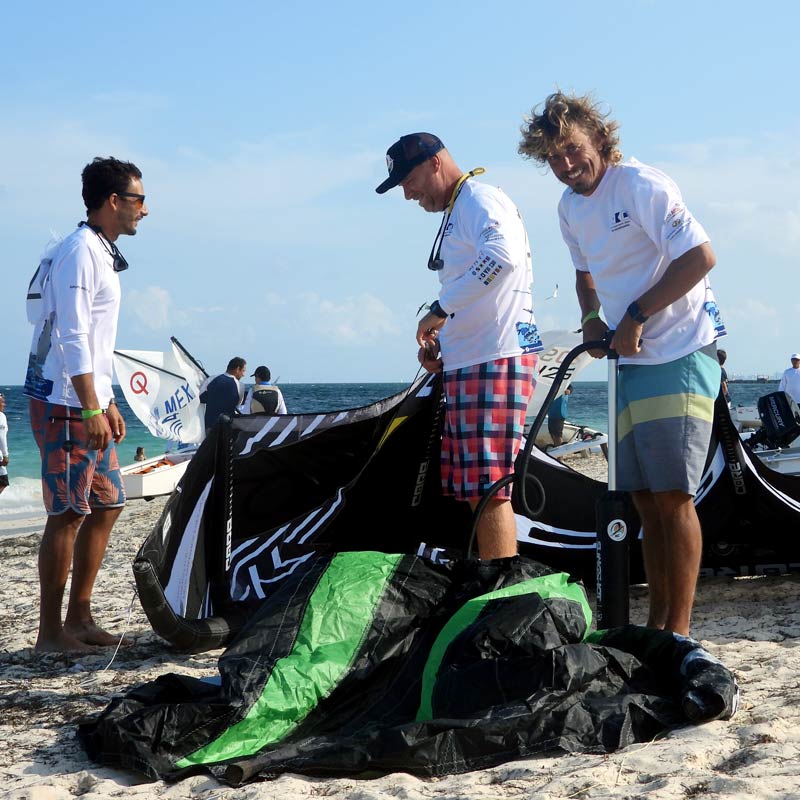 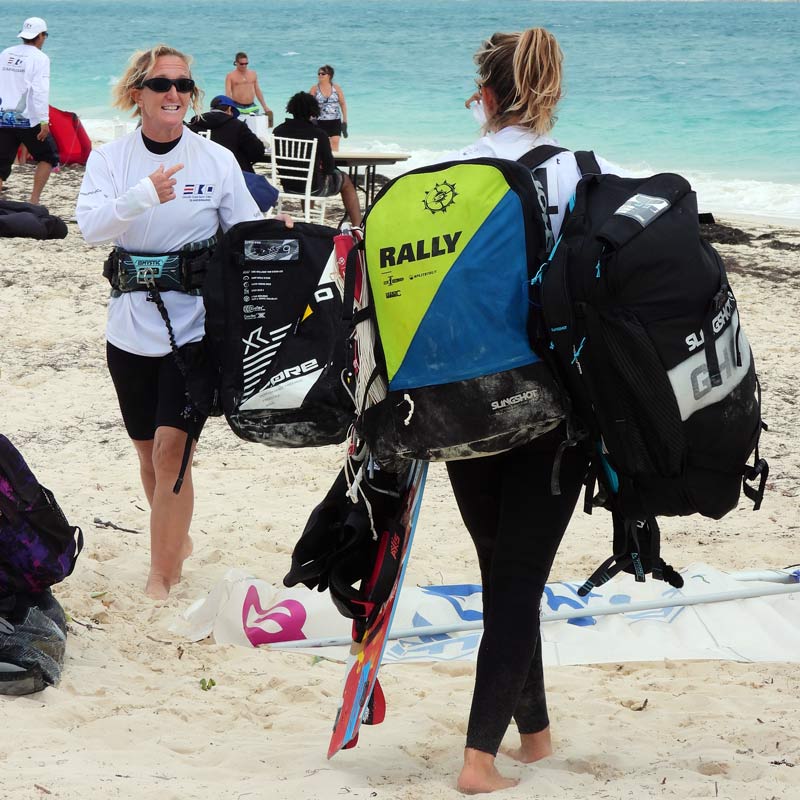 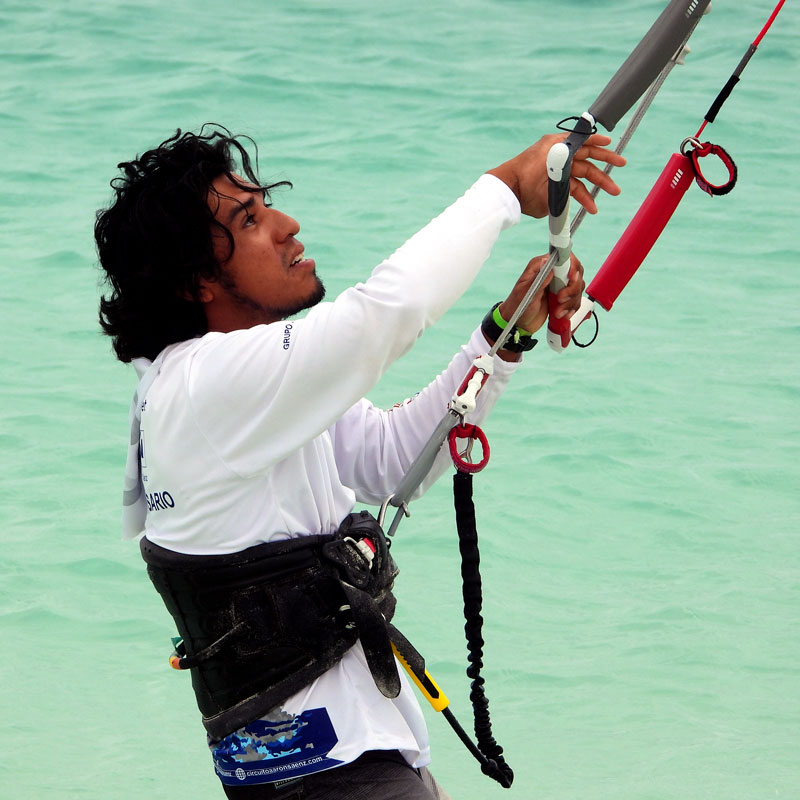 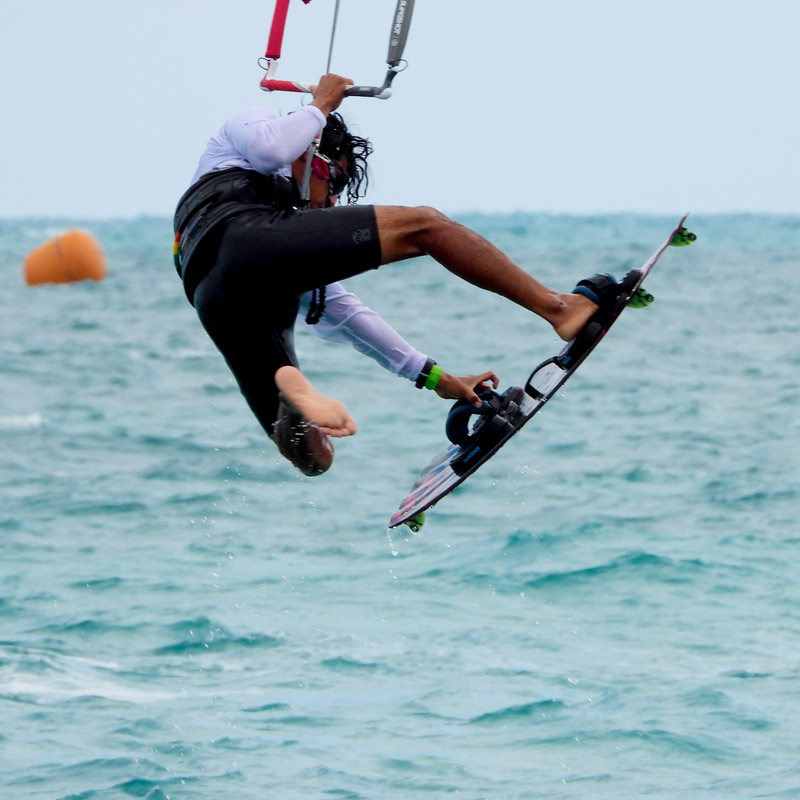 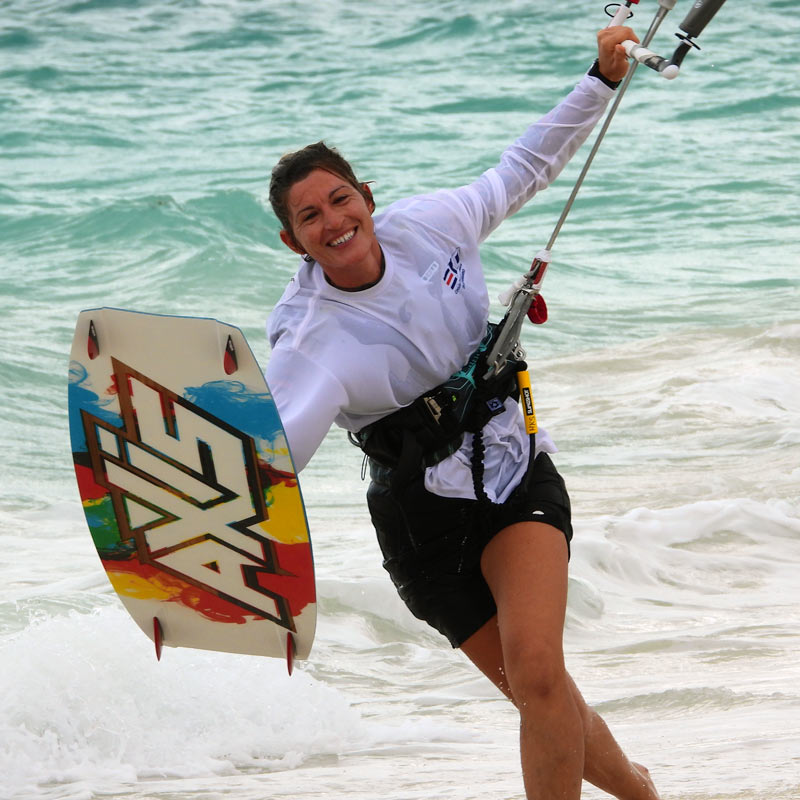 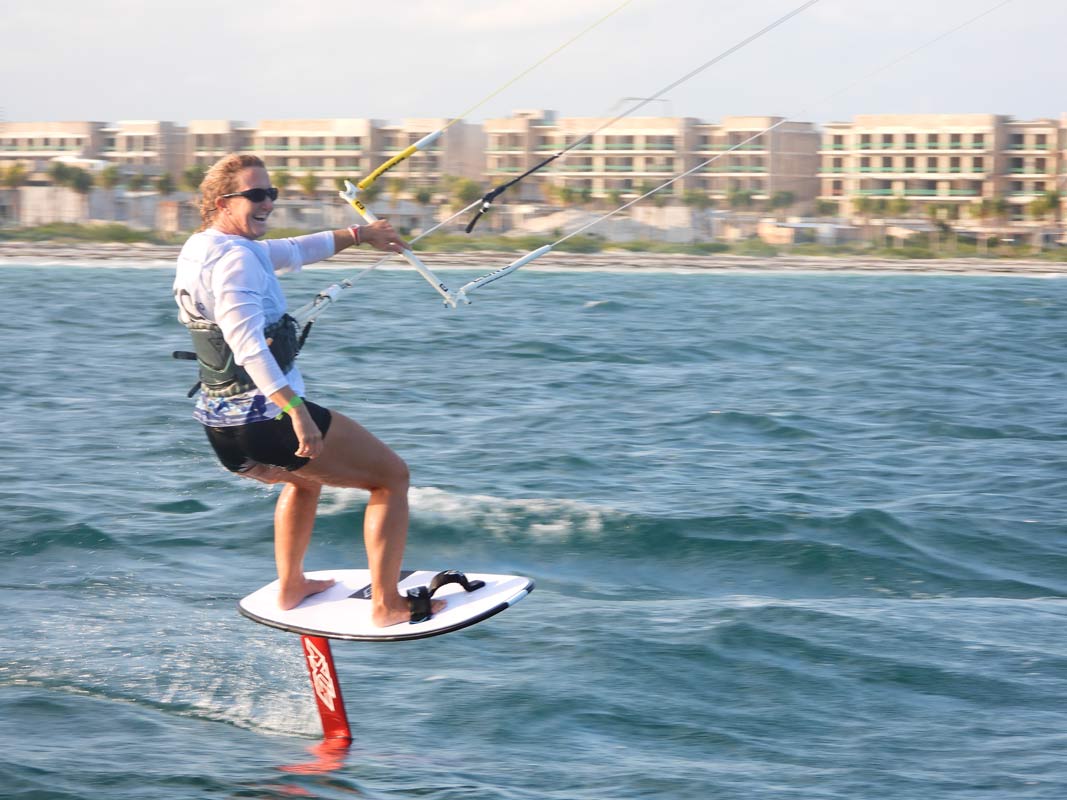 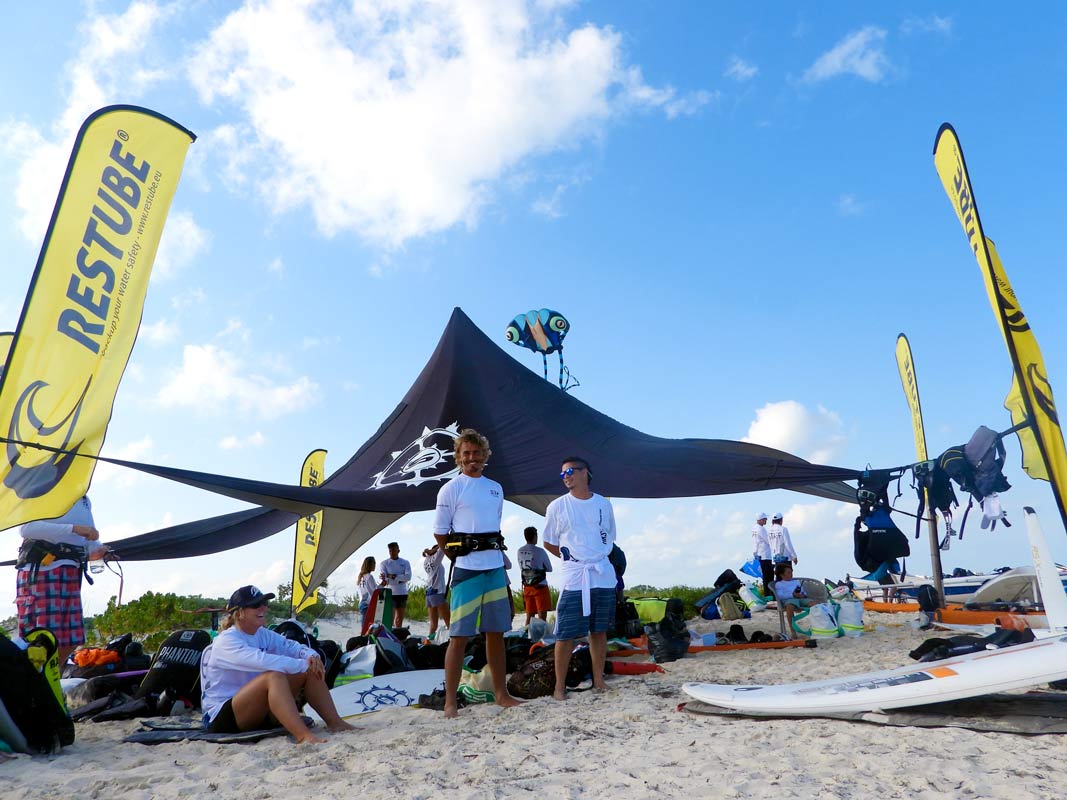 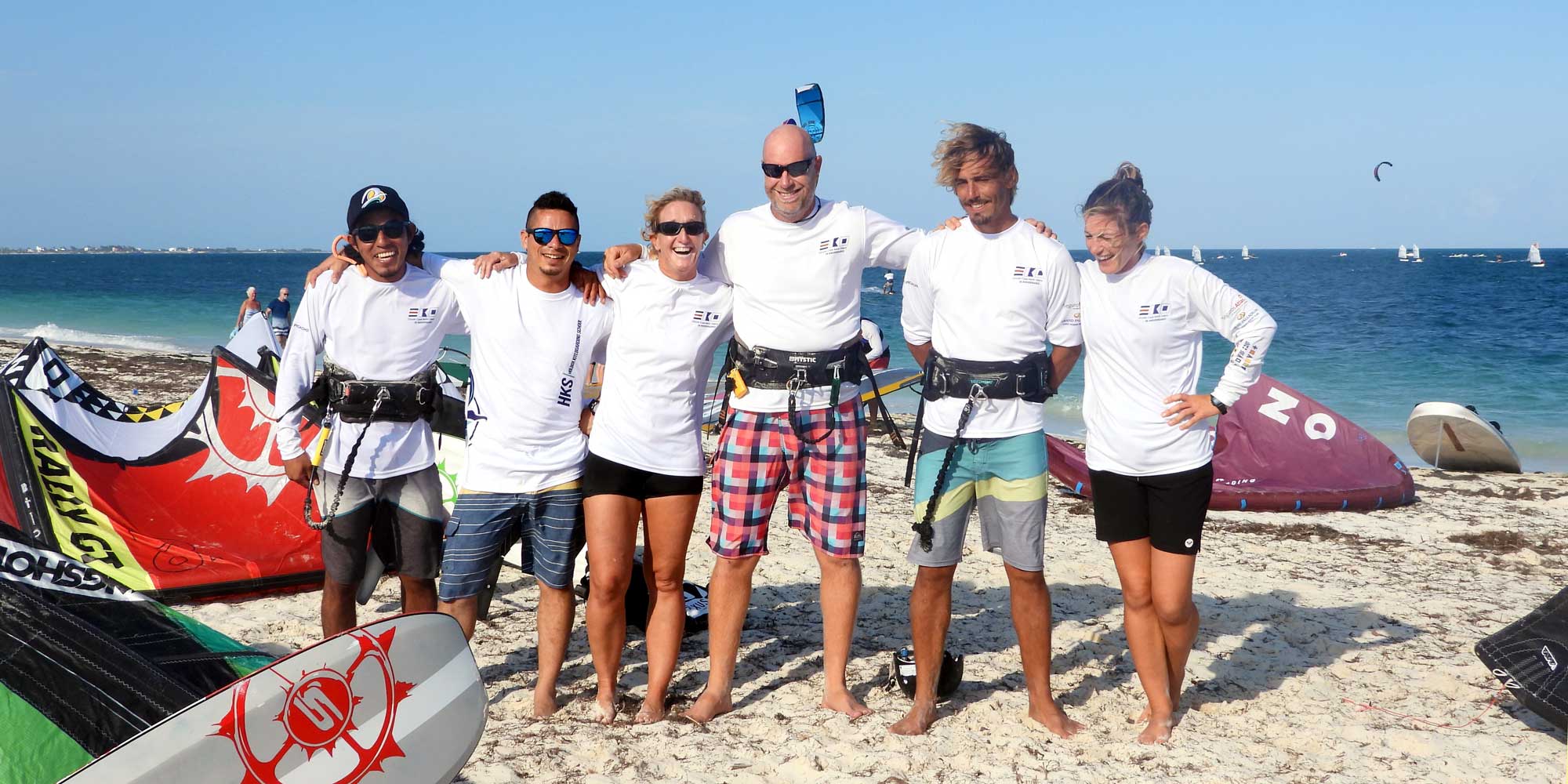 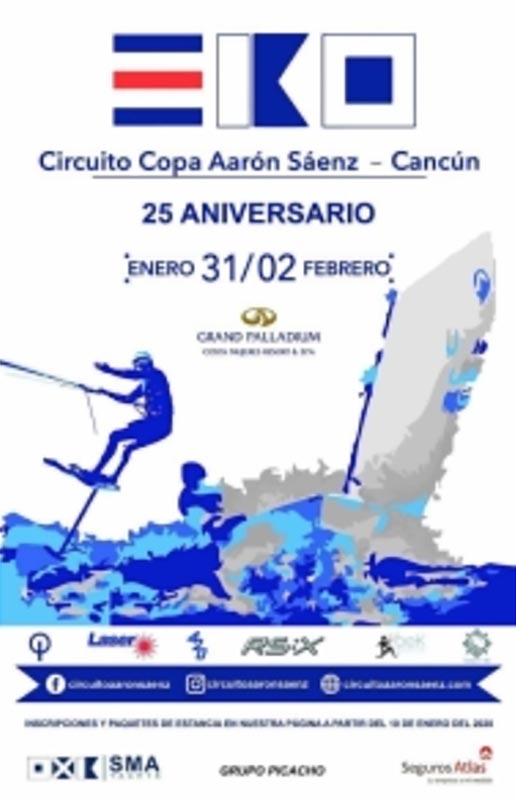 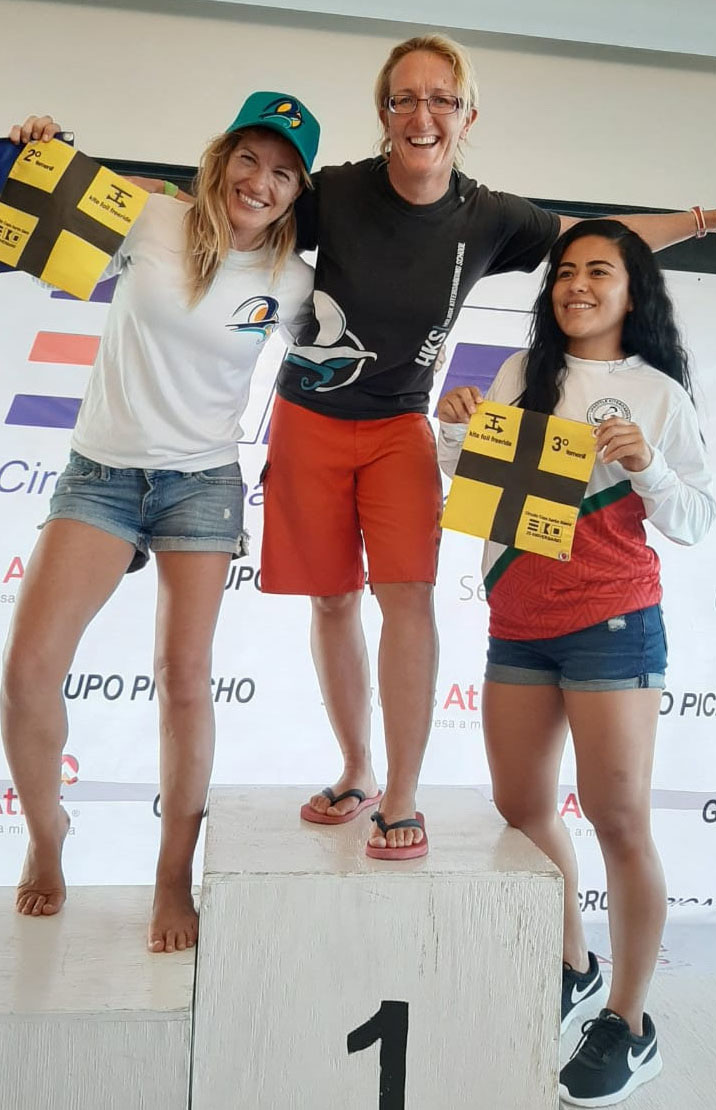 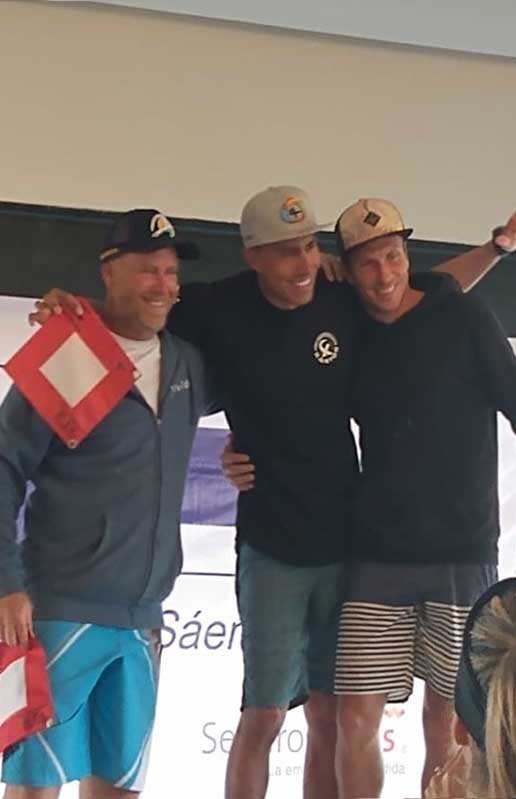 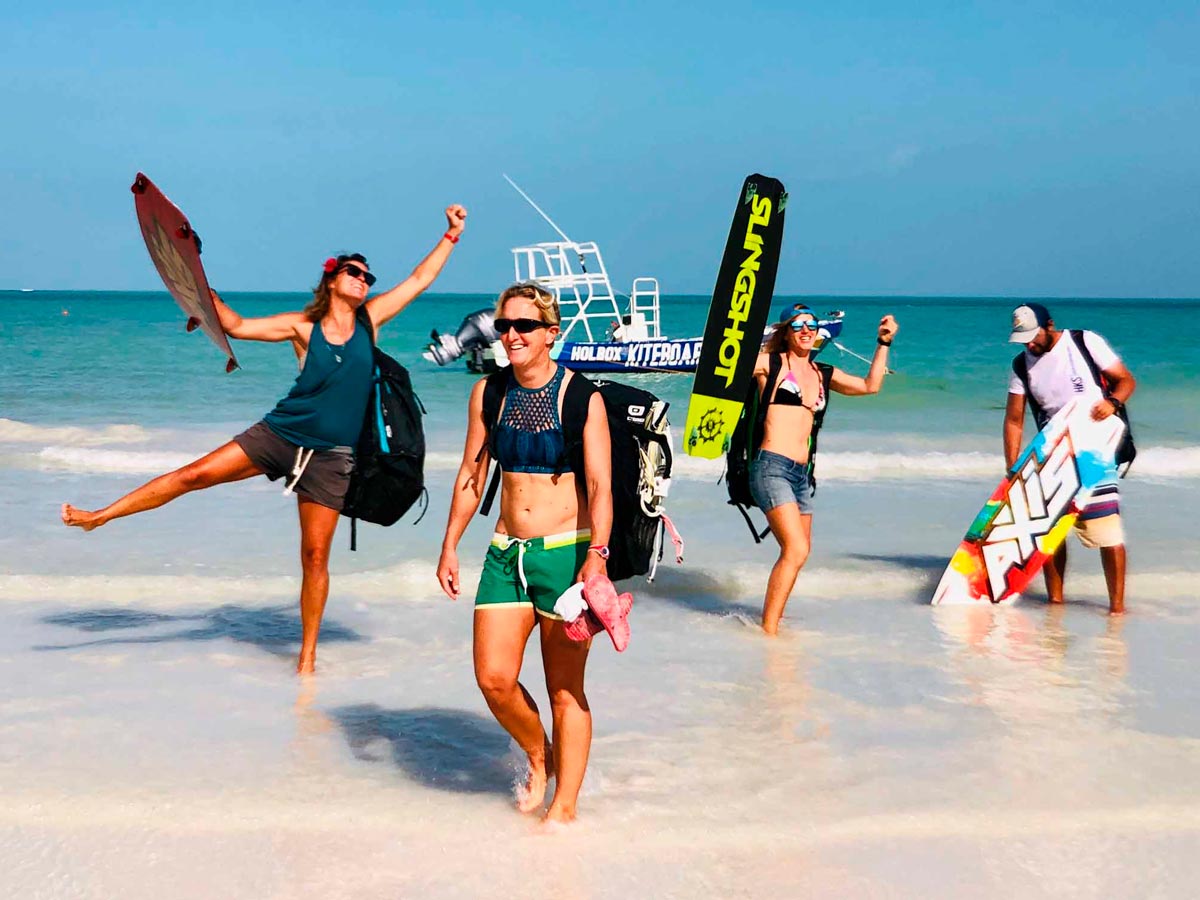 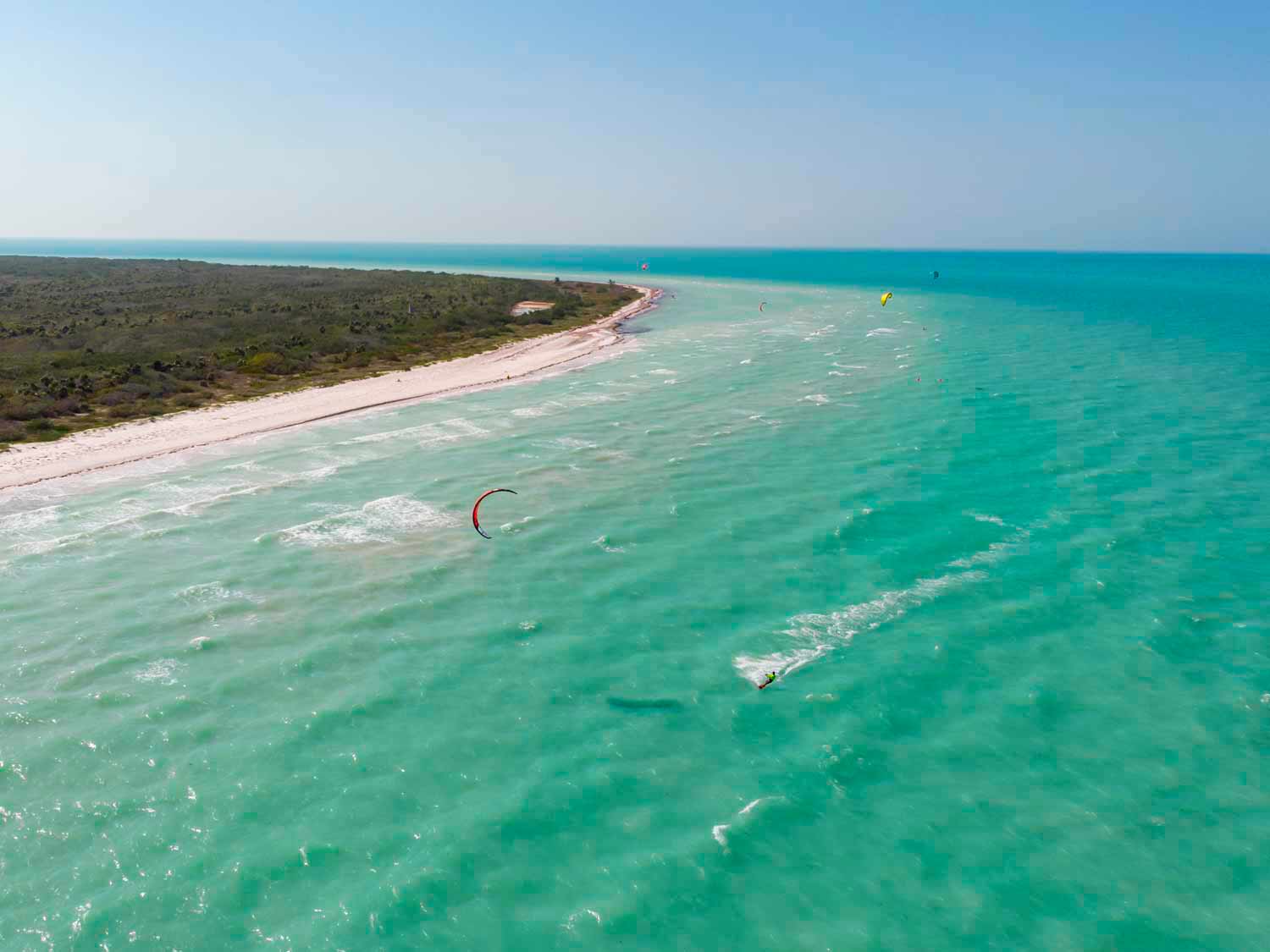 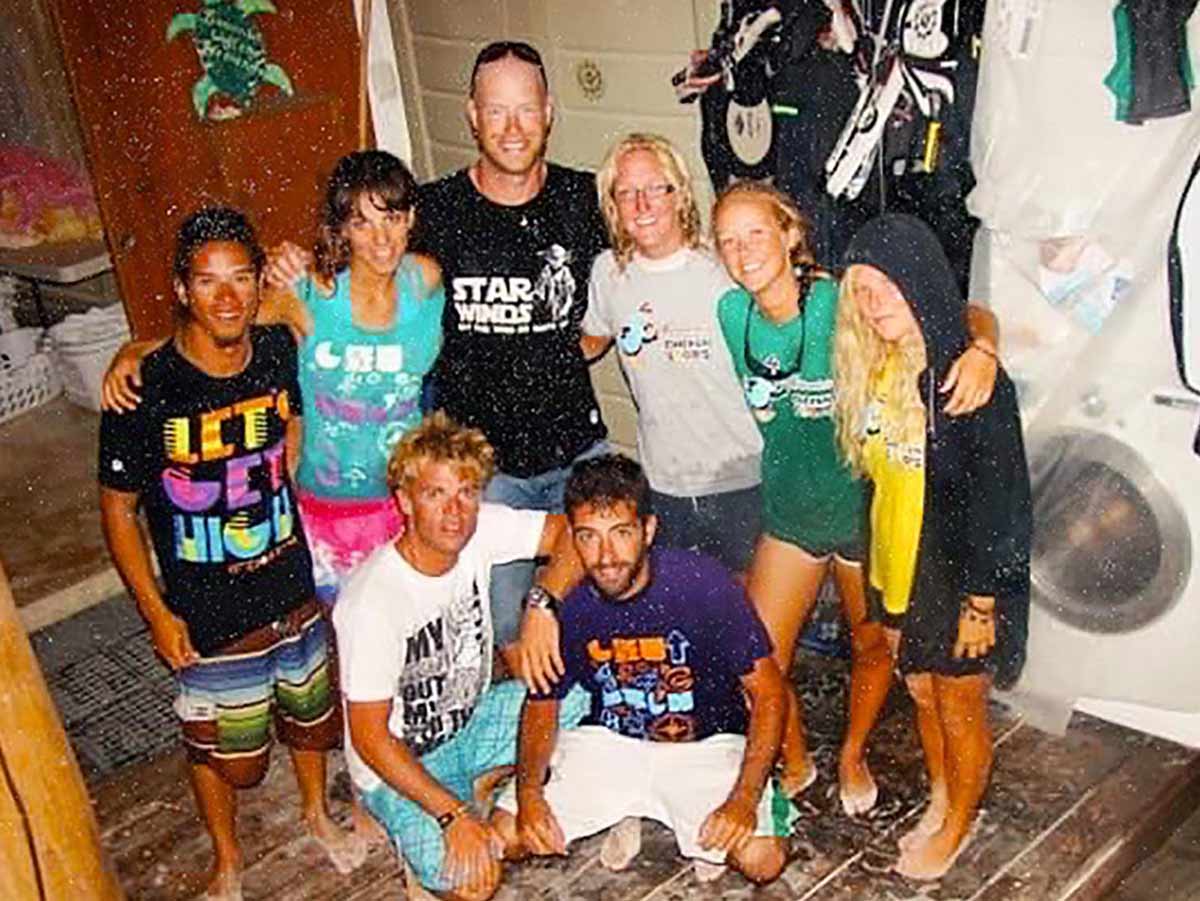 A little history of Holbox Kiteboarding